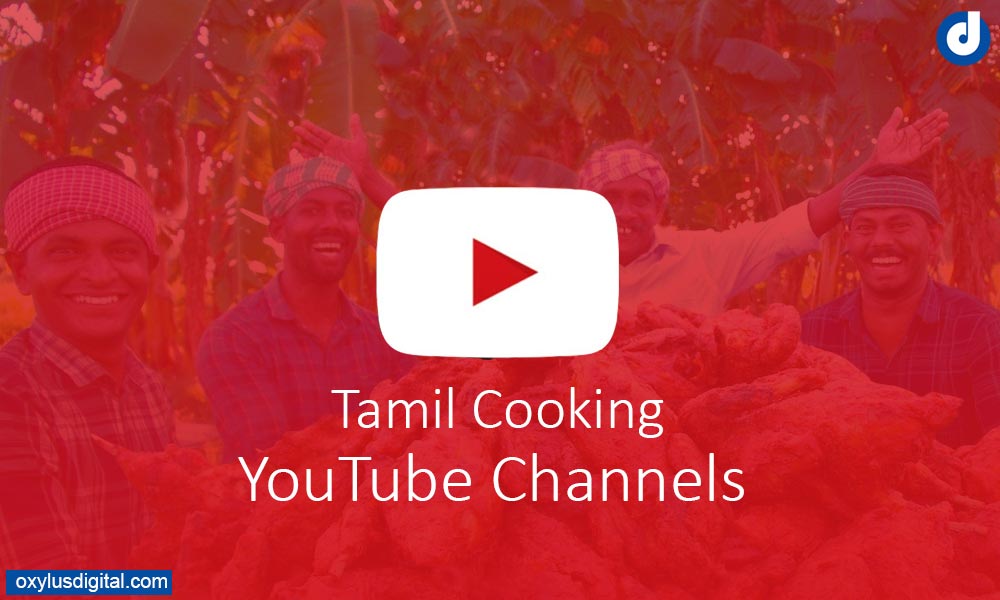 Village Cooking Channel is one of the popular cooking YouTube channels in Tamil Nadu and India. Created on April 25, 2018, the first video was uploaded on Oct 9, 2018.
As on the last check, they gained 1,773,454,274 views and 7.92M subscribers and have become the most favorite cooking youtube channel among food lovers. Most of their videos have 10 million views, and their most popular one, the ‘Fruit Salad ’ video has 54 million views. Weekly they will upload different types of food cooking videos and recipes like Soup, dessert, Sweet recipes, Chicken, Mutton, Egg, Seafood recipes, and many more! With high-quality content and presentation; they stand better among others.

You must check out their videos next time, if you are looking for something different than the traditional cooking shows on television.

Village food factory is yet another Tamil language cooking video youtube channel, where you find and watch all sorts of street foods, village food recipes. They started the channel on May 21, 2015, and gained a massive fan following. With more than 240 videos and counting, Village food factory has attracted over 4.33M YouTube subscribers.

Most of their videos have 5 million views, and their most popular one, the ‘KFC Chicken ’ video has 68M views. So, if you are looking for interesting cooking videos, Village food factory is the destination for you!

Venkatesh Bhat’s Idhayam Thotta Samayal hosted by Chef Venkatesh Bhat is yet another channel that has been making cooking videos since 2020. Within a short period, he has gained 1.7M subscribers and growing.

Chef Venkatesh Bhat has more than 25 years of experience in this field. He also hosted a show on Vijay TV during the period 2014-2018. At the show, he shared 100’s of his top recipes. If you are looking for food recipes from various regions and countries, then you must check out these professional chef videos next time.

Most of his videos have crossed 1 million views, and the most popular one, the ‘Venkatesh Bhat makes Rava Dosa & Kaara Puthina Chutney ’ video has 7.1M views.

Chef K. Damodharan (Chef Damu) is yet another celebrity Chef from Tamil Nadu. He is a Guinness world record holder for the longest cooking marathon by a single individual in 2010. Chef Damodharan is also the first Indian chef who received Ph.D. in Hotel Management and Catering Technology.
He also hosted cookery shows for various Indian television channels. He launched his YouTube channel called “Chef Damu” on Sep 5, 2019, and has gained over 810K subscribers. If you are looking for amazing recipes from a professional Chef, you must check out his videos next time.

For all the food lovers out there, this is just for you! With 4.19 Million subscribers, Madras Samayal is one of the best cooking channels in Tamil Nadu. The channel features traditional and modern recipes that you can recreate with ease. Founded by Angela Steffi, the channel was launched on December 8, 2015, the first video was uploaded on Dec 19, 2015.

As on the last check, they gained 846,621,688 views and have become the most favorite Tamil cooking youtube channel among food lovers. Most of their videos have 5 million views, and their most popular one, the ‘Muttai Kulambu in Tamil’ video has 13 million views.

With 1.6M subscribers, My Country Foods covers different varieties of Tamil food along with other tasty recipe videos in a traditional way. Started in 2017, My Country Foods has over 1.6M and the channel has published over 800 videos with over 316 million views.

Started by Abi in 2017, Indian Recipes Tamil has over 2.13M subscribers. Through this youtube channel, you can watch different types of sweets recipes and other dishes that you can make at your home.

With 2M subscribers on YouTube, Sherin’s Kitchen covers Vegetarian & Non-vegetarian cooking recipes in Tamil. The channel was created in 2017 and started to upload videos in the same year. As on the last check Sherin’s Kitchen has gained over 255 million views.

Kavitha Samayalarai, hosted by Kavitha Swaminathan is yet another Tamil cooking youtube channel having 996K subscribers and over 144 million views. They have published 400+ videos.

Continue Reading
Advertisement
You may also like...
Related Topics:YouTube, YouTubers