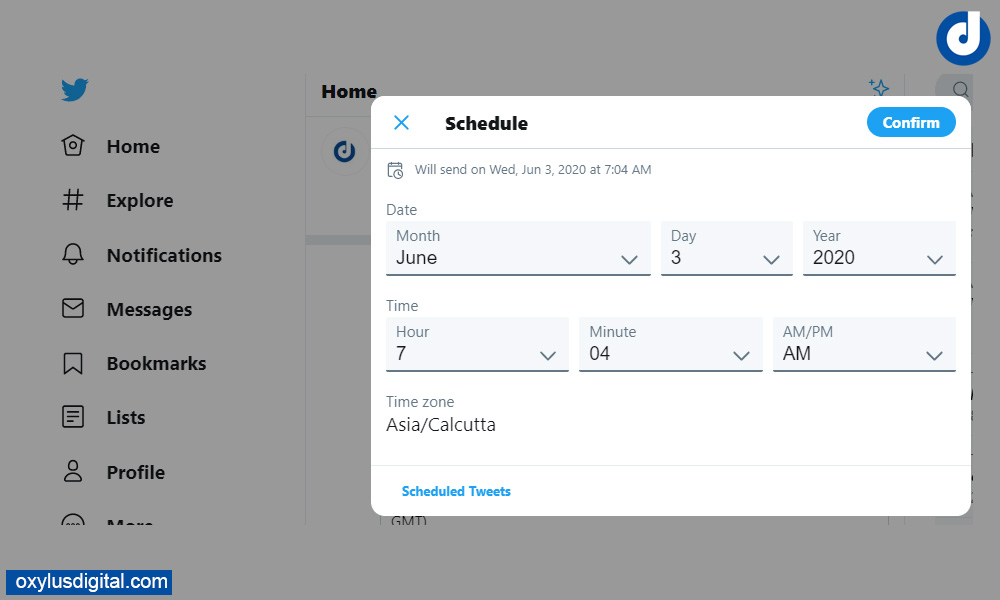 Finally, Twitter rolls out the scheduling option within the Tweet composer window on desktop devices. Yes, it was one of the most demanded features. Most of us were depending on other Twitter post scheduling tools. Learn how to Schedule Tweets from Tweet Composer Window!

Is there any way to schedule my tweets? Can you schedule tweets for free? Yes, You can!!

In this article learn how to schedule tweets free without using any third-party applications.

How To Schedule Tweets

1. From the compose tweet window, Tap on Schedule Icon.

or enter directly by hitting this URL https://twitter.com/compose/tweet/unsent/scheduled

3. From the Unsent Tweets window; Select Schedule Tab. From here you can see your scheduled Tweets

1. Click on Edit button from the Unsent Tweets Tab.

2. Select the Scheduled Tweets which you want to delete and click on Delete Button.

When you Discard Scheduled Tweets, remember this can’t be undone and you will lose selected unsent tweets.

2. If you want to save your Tweet as Draft, Tap on X (Close button).

3. Save Tweet. You can save this to send later from your unsent Tweets.

Where to Find Saved Tweets (Drafts)

To Find and Edit your Saved Tweets

Can I schedule Tweets for free?

How far in advance can I schedule Tweets?

You can schedule your post up to 18 months. You can’t schedule a Tweet more than 18 months in the future.

Can I backdate Twitter’s scheduled posts?

You can’t schedule a Tweet to send in the past.

As of now, this new feature is available only on desktop and mobile web, expected to reach on the mobile application. Now you don’t want to search for twitter scheduling tools. Make use of native tweet scheduling and the ability to save tweet drafts. Schedule twitter posts now!

Hope this helps, Let us know your thoughts through comments.

Continue Reading
Advertisement
You may also like...
Related Topics:Twitter